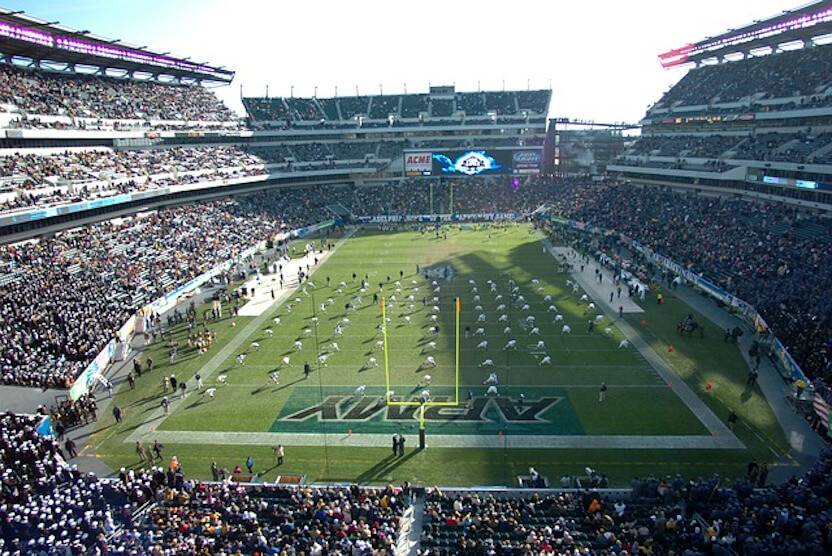 We introduced advanced college football statistics, specifically the S&P+ stats, in our dissertation on handicapping college football. We thought it would be helpful to breakdown and discuss some of the individual statistics and concepts contained within the Overall S&P+ stats that we use to develop point spread differences.

We don’t have the space to list and discuss every statistic, but this discussion will serve as a guide on how to interpret them on your own. Of course, as you understand all of this better, you may certainly develop your own methodology for using these statistics to handicap college football matchups. If you do, let us know what you found!

Some of the “advanced” stats college football bettors use aren’t all that advanced. They’re just a different interpretation of stats we’ve been using forever.

Yards per game is influenced by game flow, coaching style and philosophy and so much more. Instead of yards per game, evaluate yards per play on both offense and defense.

For instance, Oklahoma hosted Army Saturday, September 22, 2018, and gained only 355 yards against the Army defense. On offense, the Sooners had only eight possessions, running only 40 plays. Army runs the triple option offense, which is a run heavy, pass only when you absolutely must philosophy, and controlled the ball with its unique and efficient execution. Thereby limiting the amount of times Oklahoma could run its potent offense. For sure, that’s an indictment of Oklahoma’s defense, but not of the offense’s ability to move the ball. The Sooners 8.88 yards per play on offense is an excellent number.

Consider that Liberty racked up 417 total yards against Army in 60 plays, when they met September 8, 2018, to Oklahoma’s 355. Liberty does not have a better offense than Oklahoma.

Once enough games have been played in a season, use a team’s yards per play differential from offense and defense to determine its all-around strength. These stats tend to firm up and become reliable around the fourth week of the season.

To a certain extent, turnovers are based on luck. Over a large sample size, each FBS team will be expected to recover about 50% of fumbles. And the FBS average for passes defended that turn into interceptions is a little over 20%.

Yet, the way a funny-shaped ball bounces after a fumble, or where it goes after a pass is tipped, is entirely random on any given play or in any given game.

Havoc influences turnovers: Havoc is defined as plays in which a defense records a tackle for loss, forces a fumble or defends a pass. There are certain defensive coordinators who coach havoc and their team’s playing style reflects this strategy. If a defense is constantly causing havoc, the defense will force more turnovers.

But don’t blindly look at turnovers in a small sample size and assume it was a product of that team’s coaching or ability. If a team has an unusually positive turnover margin one year, it often comes crashing down the next year. Phil Steele provides an excellent discussion of this phenomenon in his annual College Football Preview. Be sure to read the Turnovers = Turnaround column for an in depth discussion.

Like yards per play, most college football statistics should be viewed as rates and not raw numbers. The differences in styles can skew raw numbers dramatically.

Sack rate, for example: If your defense has four sacks, that’s pretty good, right? But if it had four sacks when the other team’s quarterback dropped back to pass 100 times, that’s not nearly as good.

Same goes for your offense. Army gave up one sack last season because it almost never throws. Washington State gave up the fifth-most amount of sacks in FBS because all it does is throw.

Where to Find Advanced Stats

We have provided links to many of the advanced statistics websites in our Resources section.

Bill Connelly has boiled down the success of a football team into these five factors:

These factors come together to make S&P+, which rates FBS teams from best to worst (1 to 130) based on play-by-play performance statistics, not simply wins and losses. The S&P+ numbers are usually very close to point spreads and can be utilized to make point spread differences, as we discussed in the Handicapping College Football article. There are also specific S&P+ ratings for offense, defense and special teams.

Success Rate (efficiency): Created by Football Outsiders, is defined as gaining 50% of necessary yardage on first down, 70% on second down and 100% on third and fourth downs. Essentially, this is a measure of how often you put yourself in a good position to move the chains. Success Rate has the highest correlation to winning games.

Explosiveness: Coaches talk about explosiveness all the time. If you can move the ball and gain yardage in large chunks, while preventing your opponent from doing so, you are going to win a lot of games.

Connelly keeps the explosiveness measure because it is relative to field position. For instance, a single 30-yard touchdown pass is incredibly valuable because it covers all the yards needed to score. There was no way that team could have gained more than 30 yards on that one play.

CFBStats.com also has raw big play numbers, like total plays of 10-plus yards, all the way to 90-plus yards.

Points per trip inside the 40 yard line (finishing drives): The “red zone” being defined at the 20-yard line is somewhat arbitrary. The 40-yard line is a better measure of point productivity, because it’s the approximate field position where a team could conceivably score points.

Field Position: Special teams is obviously a huge part of this, but the offenses and defenses feed off each other here. Alabama’s offense almost always has good field position because the defense rarely lets its opponents move the ball downfield. And certainly not in big chunks of yardage.

We can’t list them all because there are so many. But you can use certain advanced statistics to find matchups where one team excels and one team struggles and make a bet based, in part, on that differential. Consider the following:

Opportunity Rate vs. Stuff Rate: Opportunity rate is defined as the percentage of carries that the running back gains five yards. Gaining those first five yards are thought to be a product of offensive line play. Stuff rate is how often a defense tackles a player at or behind the line of scrimmage.

Hence, if you have an offensive line that ranks low in opportunity rate and a defense that’s great in stuff rate, you have a mismatch in favor of the defense.

Explosiveness vs. Explosiveness: An offense that makes big plays against a defense susceptible to giving up big plays.

We tend to bet unders in college football — just recondition yourself to enjoy great punts, three consecutive running plays that go for 11 yards, which eats up clock, and turnovers in the red zone, and you will too. In fact, every time you bet an Under, you start out a winner!

There are ways to find value on Totals, betting either the Over or Under, using pace metrics.

Plays per minute: How quickly are teams getting to the line of scrimmage to snap the ball? More plays, more possessions, more points. CFBAnalytics has some other good tempo measures, like possessions per game and plays per possession.

Adjusted Pace: How fast a team plays, adjusted for how often it runs or passes. Naturally, if you throw a lot, you’ll run more plays since the clock will stop on incompletions.

Standard Down run rate: When betting unders, look for teams that run the ball when you would expect them to – this keeps the clock moving.

College football advanced stats aren’t as far along as the NFL’s. And nowhere near Major League Baseball. But there is a wealth of information out there for bettors to use, and we encourage you to take advantage by learning as much as you can. 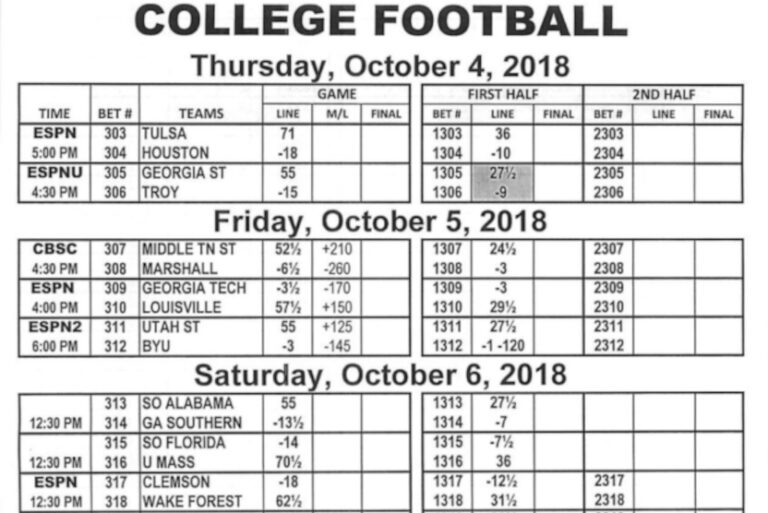 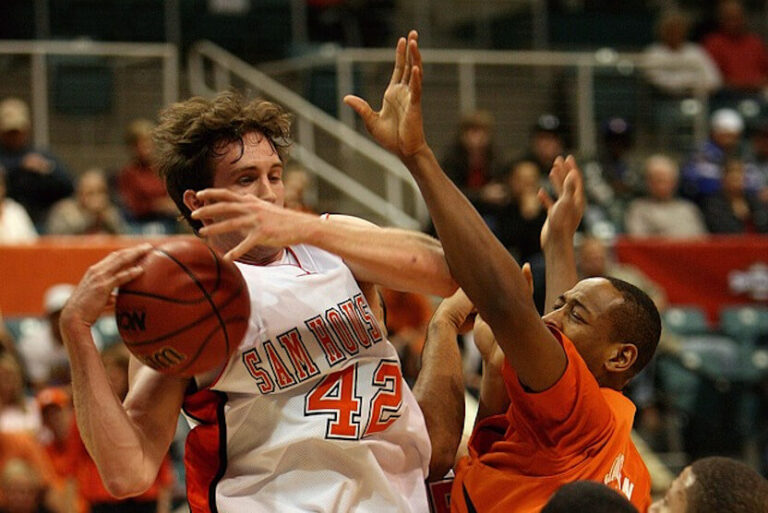 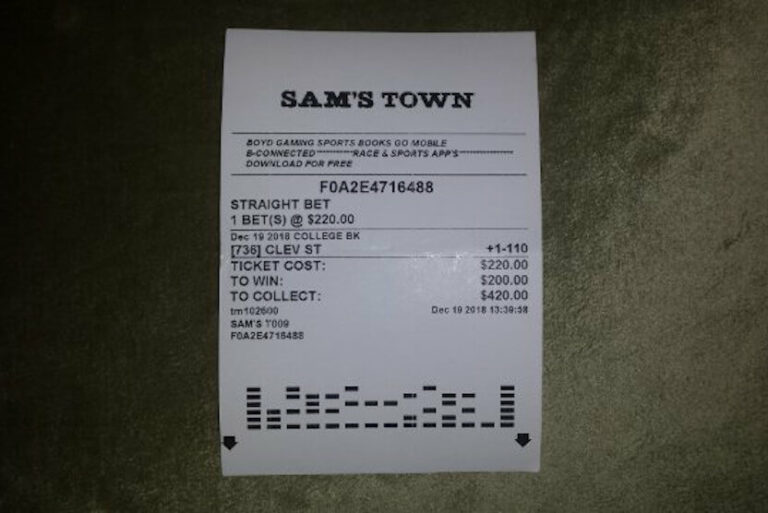