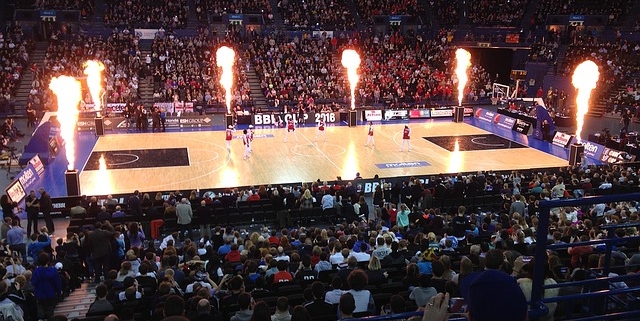 For those of us who enjoy wagering on college hoops contests, we will soon be entering a very brief period of the season where betting a certain way has been very profitable in the past. But first, a caveat – the oddsmakers know about this system.

As near as I can tell, the KenPom system started in 2010. A very observant user of KenPom (subscription required) noticed that betting lines for weak teams were often inflated, to the point that betting these lines almost blindly was a profitable thing to do – no real handicapping was, or is, required. You just need to know about the System, the necessary parameters and when to start betting the System.

Here is how it works…

KenPom ranks and re-ranks all 353 college basketball teams, every day. Today, as I write this, Virginia is ranked #1 and Maryland Eastern Shore is ranked #353. These rankings are based on the cumulative results of games played and the relative strength of schedule each team has faced, among other criteria.

The theory goes, as the season wears on and as teams with no shot of winning their conference tournament and possibly advancing into the post season tournaments, these teams tend to give up on the season. In other words, these teams show decided lack of effort in their few final weeks of the regular season and often just “mail it in.”

It might be easier to list the criteria of the KenPom System, than to write paragraphs about it…without further ado…

That’s really about it. We bet the visiting underdog against the point spread, always taking the points. We do not, necessarily, care about which teams we are betting. However, there may be special circumstances. For instance, a team that may have “something to play for” may fall out of the system. This is up to the bettor to determine. Let’s say, it’s Senior Night for the home team. Perhaps that is a reason to stay off that type of game?

Variations to the System that may also be profitable…

Last Saturday, January 26, 2019, there were 10 games that fit the System. I kept track of these contests to get an idea how the System would perform prior to the Pre-System period. Here are the results:

Based on these results, a bettor would have lost the vig and would not have made a profit.

There were 3 straight up winners, paying +270, +300 and +325. Betting all 10 moneylines would have been a small System win, however, the moneyline bets would not have returned enough to overcome the money lost to the vig on the spread bets. Thus, overall, the System would not have won this past weekend. For an excellent betting system go back and review this article – Betting Strategy: Spread & Line. These results probably tell us why the System was designed to start mid-February.