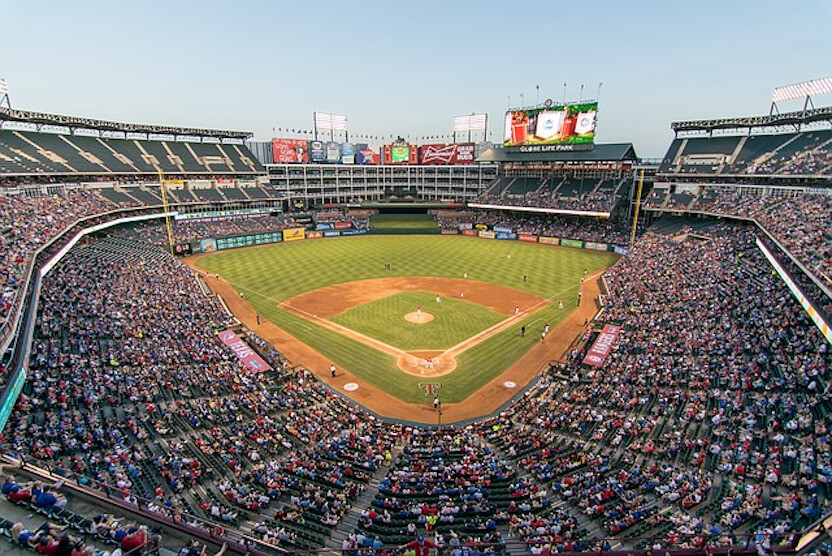 All sportsbooks in Nevada use the MLB stats sheet provided by Covers.com. Your sportsbook, no matter where you are in the States, likely provides the same sheet. I’m not plugging Covers, as the site’s real interest is selling picks provided by their never-ending stream of “experts.” If that is what you are looking for, I’m sure you will find something to spend your hard-earned money on at Covers. However, they do provide a service that is useful and is generally beneficial for those of us who do want to do our own work.

When you get the daily MLB sheet, turn it over and there it is. The MLB Stats Sheet, well a few of them, as reported by Covers. If your book does not provide the stats sheet – you can go to Covers and print it yourself (print Covers Stats Sheet). I tend to take a look at it about the time the “Overnight” betting lines come up, which are simply the betting lines on the next day’s games. These stats are approximately accurate with other MLB stats sites, so you don’t usually have to go hunting down a separate source. Be warned, however, the Covers stats sheet for college hoops is wildly inaccurate, but we will deal with that when we get back to college hoops season.

I was talking to a ticket writer friend of mine about these stats and it is his opinion “Do you think the sportsbook will give you information you can actually use?” Fair point. Yet, MLB exists to give stat geeks something to live for. The good thing for bettors, though, is Major League Baseball teams also happen to play actual baseball games too – so they can derive the stats – Behold, The Circle of Life!

All baseball gamblers (notice I use the term gamblers not handicappers) bet on name recognition alone. Usually that name recognition is the name of the pitcher they think is still an Ace, often in conjunction with the names of the most “public” teams. Public teams, as you probably know, include the Chicago Cubs, Los Angeles Dodgers, New York Yankees and Boston Red Sox. Sportsbooks get much of their daily action on the public teams and tend to shade their lines accordingly, making it more expensive to bet ON the public teams.

This little fact of MLB life makes it less expensive for handicappers to bet AGAINST the public teams. Or bet against the “Aces” that are throwing on any given day, whether they play for a public team or not. I have a theory that it is profitable to fade Aces who have hit the apex of their careers and are on their way back down to Earth. I will save that column for another day.

Alright, back to the sheet…

The sheet is laid out in a self-explanatory way, with the game Rotation Numbers to the far left of the page. The upper section is devoted to National League matchups, with the American League matchups below. On days where there is Interleague play, those matchups will be at the bottom. On this particular day, there are no Interleague games.

What I look for, on any given day are:

1] Pitching Matchups – Looking for good value to fade the “Ace” if there is one pitching this day;

2] Rest – Looking to bet against pitchers just coming up into the Bigs, or guys coming off the DL;

Many baseball bettors are trend bettors, betting streaks and anything else that might fit into their trend system. Major League Baseball is a tremendously streaky (trendy) sport. I do not tend to look to bet ON streaks, however, I sometimes look to bet against streaks.

Also, and this is not endemic only to MLB, you will hear novices and experts alike say “I think [something will happen].” That’s a silly statement, no matter who utters it. I can think a lot of things, but thinking something does not make it happen. You will often hear that a pitcher had a bad start last outing and the pundit will say “I think this start will be much better.” That is a qualitative statement. If the pundit backs it up with some kind of sound statistical reasoning, maybe you should listen. If he doesn’t have any sound reasoning, do not listen. Your opinion is every bit as good as his. 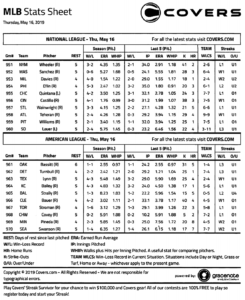 On the day I write this, there is not a pitching matchup that fits neatly into my “fade the former Ace” theory, so I will look for something else.

There is a rotation among a team’s starting pitchers. That rotation tends to be about 5 games, but may be anywhere between 4 games and 6 games depending on a pitching staff’s personnel and circumstances. I am alerted to a unique situation when I see a number that far exceeds the typical Rest number of between 4 and 6.

I look for guys just coming up or coming back to the rotation. In both cases, the pitcher is probably coming up or back from the club’s Triple-A team, where he has been showing his stuff or rehabilitating after an injury or from poor performance. The theory here is there is an enormous talent differential between Triple-A ball and “The Bigs.” Many times, especially in the case of a pitcher getting his first start in The Bigs, he will get shelled and the team manager will let him take his lumps, so he understands how it works in The Show. These are excellent situations to bet the First Five Full Innings wager. But on this day, nothing fits my Rest criteria.

Scanning the sheet, I see some favorable ERA and WHIP comparisons that may generate a bet from me. The problem is, the oddsmakers may have priced these comparisons correctly. Meaning, they see the same thing I do, and are not necessarily giving a pitcher with wide name recognition too much credit, thus inflating his price and giving me more value to bet against him.

Home field advantage in MLB is probably not worth what most people think it is. I realize that is a subjective, qualitative statement, but these guys play a 162 game schedule. Half the games at home, half on the road. Hence, they are professionals and are used to the grind. Yet oddsmakers still give credit to the home team and gamblers will bet on a team solely because that team is playing at home. Hence, the road dog may not be as much of a dog as the moneyline suggests.

One National League matchup meets my criteria this day – 959 Pittsburgh Pirates at 960 San Diego Padres. Williams, a righty, is throwing against Lauer, a lefty. Comparing ERA and Whip, we see both on the Season and in the Last 5 games, Williams has the better comparisons. On the season, William’s ERA is 3.40, Last 5 games ERA 3.94, with WHIPs of 1.15 and 1.25, respectively. Lauer’s ERAs are 5.75 and 6.46 with WHIPs of 1.45 and 1.56, respectively. Strikeouts (K) and Home Runs (HR) are also more favorable for Williams.

We can then pull in as many or as few additional stats we would like to see. If we’re in the sportsbook doing this, smart phones and computers are now allowed in all the places I bet – just don’t use them at the betting window.

I can quickly tell that Pittsburgh got their asses kicked at Arizona yesterday (11-1) and San Diego lost a close one to the Dodgers (2-0) in the late game last night. Hence, the Pirates aren’t travelling very far to get to tonight’s game, and they would have flown to San Diego immediately after yesterday’s game, neither is San Diego travelling far, as they may well have slept in their own beds last night. But it would have been a late night for the Padres, either way.

We want to get an idea if either squad is missing or resting a key player, so injury data can always be checked. This is much less useful in MLB, because team managers can decide to sit players up to the point where they are required to submit their lineup cards. Hence, if we are handicapping this in the morning, and they don’t play until later tonight, we probably won’t know about last minute lineup changes – That’s why they call this gambling.

I check Don Best and this is what I get: 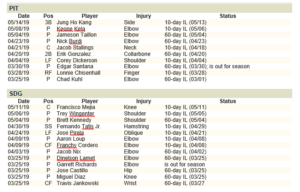 Okay, none of this worries me, but it could change after I make my bet.

You can check righty versus lefty splits, day and night splits and just about anything else you can imagine, because MLB exists solely to compile stats. Go hog wild if that is what you want to do. Just remember, if you are going to drill down on every little detail, you may encounter a GIGO situation – Garbage In Garbage Out – where what one stat gives, the next stat takes away.

Remember a long time ago when we were talking about Pitching Matchups and ERA/WHIP Comparisons? Yeah, I almost forgot myself.

Anyway, after all this hard work, we would like to make a bet, right? Based on what I have evaluated here, I like the Pitching Matchup between these two guys, and I like the Pirates pitcher. But I have a choice to make. Based on what I have seen and handicapped, I can bet the Frist 5 Full Innings, or I can bet the Full Game. First 5 moneylines are 1959 Pirates +120 and 1960 Padres -130 (a dime line – learn more about dime lines). Full game, Pirates are +120 and Padres -130.

Why am I betting only the First 5 Full Innings? Because I have not handicapped the bull pens for either squad and do not want to bring in those variables. It is highly unlikely either pitcher throws a Complete Game (CG), but it is likely one or both pitchers gets relieved sometime after the fifth inning, or before if he gets shelled. I’m not gambling and taking a shot on the full game. Besides, the moneylines are exactly the same for the First 5 and Full Game, hence I see no Value betting the full game.

So that’s it…today I am a big Pittsburgh Pirates fan…at least until the top of the sixth inning. Then I will probably change the channel. Or get to work on the Overnights for the next day’s matchups.

It’s a grind my friends… 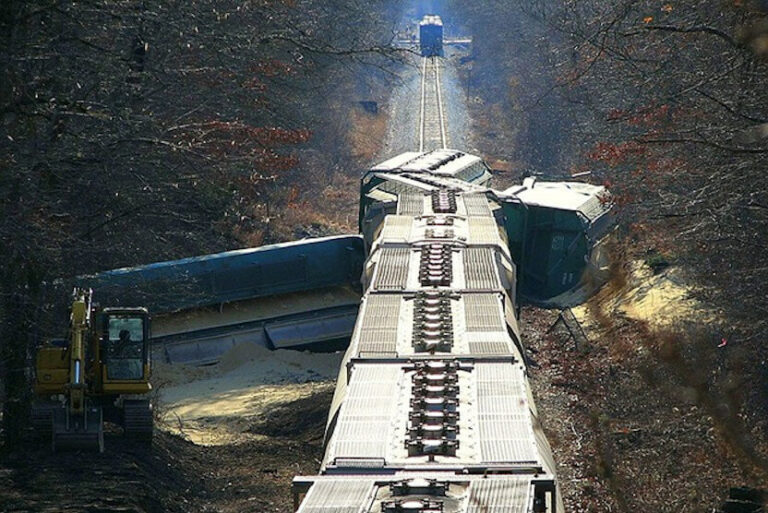 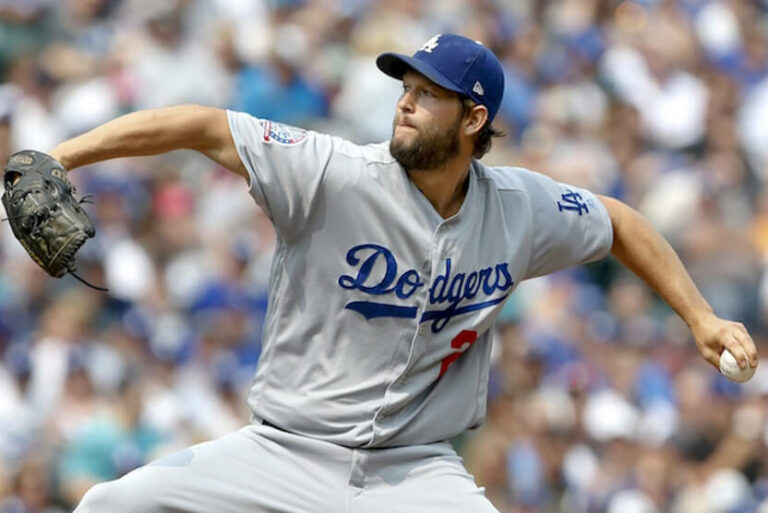 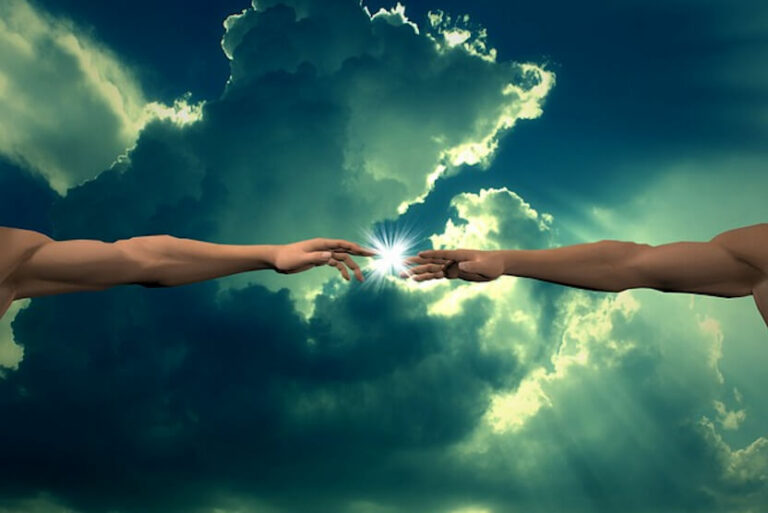