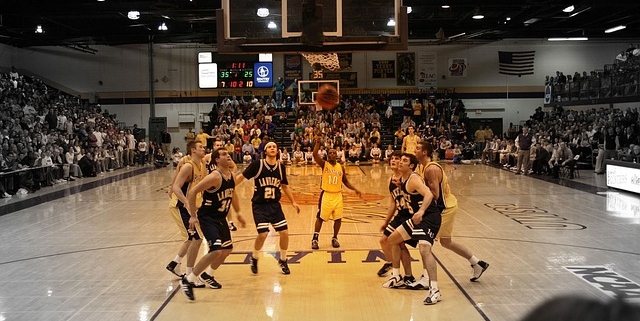 Everyone who bets college basketball is intimately familiar with the NCAA Division I Men’s Basketball Tournament, affectionately known as March Madness. But did you know, in the olden days, the National Invitational Tournament (NIT) was the big deal at the end of the regular season? Yep, it was. We have four strong tournaments coming up, but most people only think about the “Big One.” The NIT is always an excellent tournament for betting value, as are the College Insider Tournament (CIT) and the College Basketball Insider (CBI) Tournament. We’re going to focus on the NIT for the rest of this article…

The NIT was founded in 1938. You can read all about it on the referenced Wikipedia page. The point of this article is to discuss the unique tournament structure and some of the very betable angles that will be present.

The NIT, as currently constituted, is a tournament of 32 NCAA Division I Men’s hoops teams. This tournament is also the venue for trying out new college basketball rules, under consideration for future adoption by the NCAA. Last year, the tournament tried a few new innovations, including playing 4 10-minute quarters, instead of the current 2 20-minute half format, as well as an extended 3-point line.

The NCAA playing rules process has a two-year cycle, and the next possible rules change date is May of 2019. Hence, we will very likely see some new rules in play during the 2020 NIT. Luck favors the well-prepared, my friends.

Why is this important now? Well, it isn’t except to alert new hoops bettors to the format and the possibility that future tournaments may explore new rules or variations of play. These rules will necessarily change how play progresses and will very likely affect total points scored. Hence, an angle a total bettor had during the regular season may not work in an NIT competition exploring new rules.

Consider this angle, which happens every single year. Some teams peak at the end of the season, barnstorm through their conference tournament, win the thing, and wind up a Cinderella in March Madness. For every Cinderella that advances, a “Bubble Team” loses its March Madness spot. The Bubble Team is often relegated to the NIT.

I love the NIT because I love college hoops, follow this stuff all season, and tend to be well-prepared for whichever teams wind up in whatever tournaments. But a team that just had it’s “bubble burst” may NOT want to play in the NIT and may be a quick out in the tournament. Let’s consider a couple teams that were projected to make it to the NCAA Tournament, but who have played awful seasons and would likely end up in the NIT. Arizona and Indiana immediately come to mind.

Let’s consider, further, the sad case of Indiana. The Hoosiers played a non-conference schedule with wins over Marquette, Louisville and in-state rival Butler. The Hoosiers started the Big 10 schedule with a win over Illinois. And ever since, the wheels have come off…completely.

You gotta know this squad is entirely demoralized and wants its season over – today! But what happens if they get invited to the NIT and accept the bid? Does this squad have enough in the tank to dig deep and find a way to win?

I will bet against that happening.

Here’s where the value comes in… oddsmakers will most likely make the Hoosiers a big home favorite in their first game. But if we think the Hoosiers just want to be done, well, we bet against them real hard, betting both the underdog spread AND moneyline.

This happens every single year.

Now, consider the case of a team with the exact opposite season as the Indiana example. It’s kind of hard to predict what teams will fit this profile because it’s a little too soon, as the conference schedule is just now winding down, but thinking about this now is still a worthy exercise. I have written about my beloved Texas-Arlington Mavericks on these pages before. This is exactly the kind of team that would be thrilled to extend its season, no matter whether they get a bid to the NIT or the CIT or the CBI.

We need to keep an eye on these kinds of teams that finish their regular season strong, then go on runs through their conference tournaments. A team like the Mavericks probably would not be completely devastated if they don’t make it all the way to March Madness. And if they are ready to play in the NIT (or whatever tournament they may get a bid to), they will likely provide excellent betting value.

The NIT is also an excellent gauge on under-the-radar teams that may storm through the NIT and still offer excellent value as a future bet for the following season NCAA tournament. So keep an eye on this stuff. It’s not always about the bet or the game immediately before us. The long-game will always be in-play.

Looks like I may have been a little premature, as one of the stories I linked stated there would be no new rules introduced into this season’s tournament, which begins March 17. Today, however, I uncover this story – http://www.espn.com/mens-college-basketball/story/_/id/26057540/ncaa-experiment-new-bonus-free-throw-rules-nit. It appears the NIT will be run with the experimental rules introduced in last season’s tournament, along with changes to the one-and-one free throw format. We will have to do some work to get an educated guess on how these rules will affect scoring, but our initial view is these will affect betting on the Total. Stay tuned comrades…

A Fool & His Money Are Soon Parted