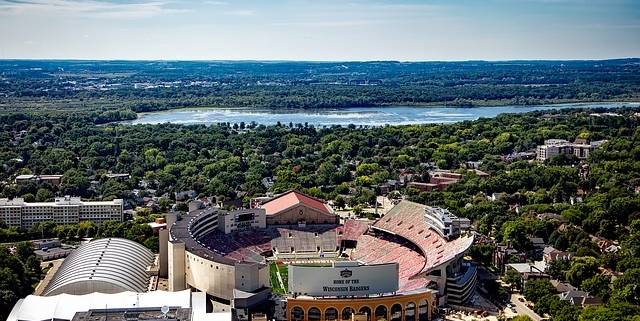 Is every one of my sports wagers on an underdog?  No.  But I am always looking for an advantage play.  How much difference is there really between NFL teams?  How much difference is there really between a middle of the pack Power 5 conference FBS team and to top team in the Mountain West or the MAC? Also, do the top echelon teams with established histories of success get a little more respect from the oddsmakers and the public than they should?  I believe that all of these factors should be considered every time an advantage player wagers, and that value can be found by finding a reason to bet the dog.

There are far too many examples out there of me using this strategy to cash big to list here, but I’ll give you one that has stuck with me.  In week one of the 17-18 college football season the Arkansas St. Red Wolves traveled to storied Memorial Stadium in Lincoln, NE to take on the Nebraska Cornhuskers.  When the dust settled the Red Wolves were a 17 point dog.  I went to my power ratings that I utilize and they showed little difference between the two squads in several key areas.  With 86,000 screaming Husker fans in the seats, I didn’t favor Arkansas St to win the game outright but sure as hell did find a reason to take the dog.  After actually trailing in the game 27-26, Nebraska came through with a 43-36 victory but obviously did not cover and I cashed big on the Red Wolves.

If the 1500 or so absolute best football players in the world make up NFL rosters, what is the true difference between the teams?  I say…not much.  Of course there are some examples of NFL teams who often cover as favorites (New England comes to mind), but NFL dogs MUST be considered at all times – especially double digit dogs – in any effective advantage play NFL betting strategy.  I remember being in a downtown Las Vegas sportsbook in the fall of 2013.  When I glanced up at the board, I was shocked to see Denver (the eventual 2013 AFC champion) as a 28 point favorite over Jacksonville – the largest spread in NFL history.  I immediately placed a wager on the Jags at +28, and cashed.  The Jacksonville players are NFL caliber players too, aren’t they?

With Arkansas St and Jacksonville, I found a reason to bet the dog. You should too.

Teams that aren’t favored to win, beat teams that are favored to win every single day.  Every. Single. Day.  Why wouldn’t an advantage player internalize this fact and look closely each week at betting an underdog to win outright?  This requires study and examination of key factors affecting the contest, but believe me opportunities are there each week to beat the oddsmakers and cash in.  Again, I have taken advantage of this principle and cashed on it too many times to list, but a notable example of success became evident during week four of the 17-18 college football season.  I was doing my handicapping and checking my indicators and saw that #16 TCU was a 13 point dog heading into Stillwater to play Oklahoma St.  It became clear to me that the Cowboys would have to score an astronomical amount of points to get the win as TCU’s offense had been clicking on all cylinders (63,28, and 56 points in 1st three games).  TCU also went to Arkansas in week two and nearly pitched a shutout.  OSU was 3-0 going in but hadn’t, in my view, been tested.  Their opponents: South Alabama, Pitt, and Tulsa.  I felt TCU should have been favored in the game – so I bet the moneyline +361.  TCU’s defense forced four turnovers and won the game outright 44-31 – which got Spike paid!  Also, I won three and a half times what I won on my straight bet (you probably guessed that I had TCU +13 as well!)

Be sure to look closely at dog moneylines, as there is value on the board every week!!

What kind of total bankroll have you put together for the expressed purpose of wagering on sports?  To me, out of all of the possible factors that can affect your chances of being profitable at the sportsbook, the answer to this question – and how you utilize that amount – are the two most important factors.  Allow me to explain why.

To put yourself in optimal position to act upon plays where you have the advantage, you must have capital available to be able to make those plays every time they arise.  It is important to establish that amount (i.e. your “total bankroll”) before you begin any sports wagering campaign.  Let’s just say that if this amount was to vanish, you would no longer be able to wager on sports.  Total bankroll.

From there, an optimal money management strategy is to discipline yourself to wager ONLY ONE TO TWO PERCENT OF TOTAL BANKROLL on any one contest. By way of example, if your total bankroll is $10,000.00, you will only wager anywhere from $100 to $200 per game. Why only one to two percent? Good question and of course, I’m happy to give my thoughts here.

First of all, it would be human and understandable to perhaps like a certain play much better and have more confidence in that play than other plays you like that week.  This strategy allows you to put a little more money towards that play than usual and not significantly harm total bankroll if it doesn’t work out.  Next, you may have to fluctuate your wager based upon the terms of the bet you wish to make.  Again assuming the hypothetical 10K total bankroll, in college football 18-19 week one, if you like UCF -24 at UConn at the standard term of -110, you will bet $110 to win $100. If you like the Wisconsin Badgers season win total to be OVER 9.5 wins (SPIKE ALERT: I sure as hell like that play!) the term for that play is -160. So you would wager $160 to win the $100 and would still be practicing disciplined money management.

Ladies and Gentlemen – this is supposed to be fun for us!  So I ask how fun is it going to be if you bet 90% of your hard earned total bankroll on one game?  Imagine the sheer anxiety of that – this type of undisciplined wagering breaks the individual bettor and helps to make the sportsbooks rich.  Total bankroll is of course jeopardized and future advantage plays won’t come to fruition.

Remember – wagering one to two percent of total bankroll on any one play shows intelligence and discipline and is a recipe for success at the sportsbook.

Best of luck to all of you!!

Take a Tour & See for Yourself

A “Sure Thing”
Scroll to top