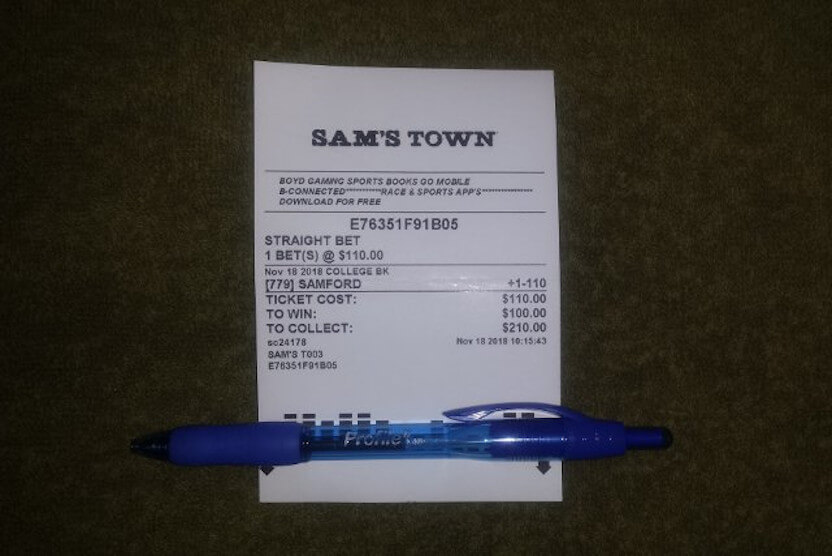 There can be an enormous amount of value handicapping and betting early season college basketball contests. Oddsmakers may be “guessing” on lines and totals just like many bettors are. Of course, oddsmakers aren’t really guessing, as they have an enormous amount of data on each team, but with every new season, things change. Often, the betting line is established based on the end of season form of the two teams playing each other.

You should also be familiar with the set of power ratings you want to use and be familiar with the KenPom website. I mention KenPom specifically, because these days it is considered the “expert” on college hoops. As you get into handicapping college basketball more and more, you will find that authors and other experts, who offer opinions, will frequently quote stats compiled by KenPom.

Also, and most importantly, you will find that the opening line is often very consistent with the KenPom projected final margin found in the Fan Match portion of the site. It is my opinion, in many instances, oddsmakers are cutting and pasting the KenPom projected margin as the official opening betting line. This nugget of wisdom is important to have. Now we have something to evaluate with our power ratings and what we know of the current makeup of the teams in any given matchup.

Quite a few teams start out playing a few games then travel to a tournament being played somewhere. Some teams host tournaments, other teams travel thousands of miles to play in tournaments. You are probably familiar with the Maui Invitational, but there are many other tournaments played in the Northern Hemisphere.

Tournament games can be difficult to handicap, as we don’t know how the travel, time changes and other factors affect the teams. Which is why it is tremendously important to pay attention from the very first games of the season.

Anyway, back to opening lines and power ratings…

I use Sagarin Power Ratings as discussed previously. I compare what Sagarin has to say with what KenPom has to say and compare both of these with the opening betting line. What I am looking for in this comparison, is a large point disparity between the Sagarin Power Rating and the opening betting line. When I find a disparity, I then look up the teams in the Yearbook.

Let’s consider a real world example and handicap the Samford Bulldogs contest with the Cleveland State Vikings from November 18, 2018. The oddsmakers opened the betting line with the home team Vikings as two point favorites over the visiting Bulldogs. I love games like this as they are way under the radar. The oddsmakers and the gamblers are all focused on the big matchups of the day.

This particular day had the Indiana Hoosiers traveling to play the Arkansas Razorbacks and Virginia Tech playing Purdue in the National Invitational Tournament at Madison Square Garden. I promise you, the books and the gamblers were focused on these marquee matchups!

No one, except the sharps, are paying attention to what is happening in Cleveland, OH, on this day. KenPom projected the final score of Cleveland State 78 Samford 75, which is a point off from the opening line of -2.0. I consulted Sagarin, which showed Cleveland State’s power rating of 62.4 and Samford at 71.1. That’s nearly a 9 point difference! And when factoring in the line of Samford +2.0, that works out to nearly an 11 point difference! This required further investigation.

The Yearbook shows the Vikings returning two of their starters from a team that went 12 wins and 23 losses over the prior season, with a first year head coach. The Blue Ribbon Analysis of the current team shows grades of B, C, B, C+. Samford didn’t fare much better, fielding a team where all five prior season’s starters moved on, after going 10 wins 22 losses on the prior season, but with a head coach in his fifth season. The Blue Ribbon Analysis grades the team B-, C, C, B+. KenPom provides injury information, but I also checked Don Best. Neither site showed injuries to players on either squad.

I know what you’re thinking: Yikes, why would anyone want to bet these two squads?

Because of the implied value! Remember, Sagarin Power Ratings showed Samford about 9 points better on a neutral court. Looking a little deeper into this, KenPom ranked the teams, with Samford ranked 282 and Cleveland State 303 out of 351 teams. This is probably why the line was Cleveland State -2.0 on their home floor.

Hence, while both teams are similar, and the line reflected that opinion, Sagarin showed the Bulldogs to be the superior squad. In games expected to be close, as the opening betting line shows, I like to consider how free throws might come in to play, in deciding the contest. KenPom shows Samford hitting about 72% of their throws. The Vikings only hit about 62% of their throws.

So, we have what looks like two pretty evenly matched teams. But Sagarin is telling us one team is quite a lot better (expected to score more points) than the other. At the time in the season this game was played, this was each team’s fifth game. Hence, Sagarin had four prior games to crunch his numbers and come up with the power ratings for each team.

By the time I finished my work, the oddsmakers had moved the point spread down a full point to +/-1.0 point, as the betting ticket above shows. Samford won the contest 73 to 60.

Did we get lucky with Samford? I don’t think so, as this is exactly what I look for early in the season. Samford played Ohio State two days later and lost by 18 points, as 25 point underdogs. Easily covering the spread. 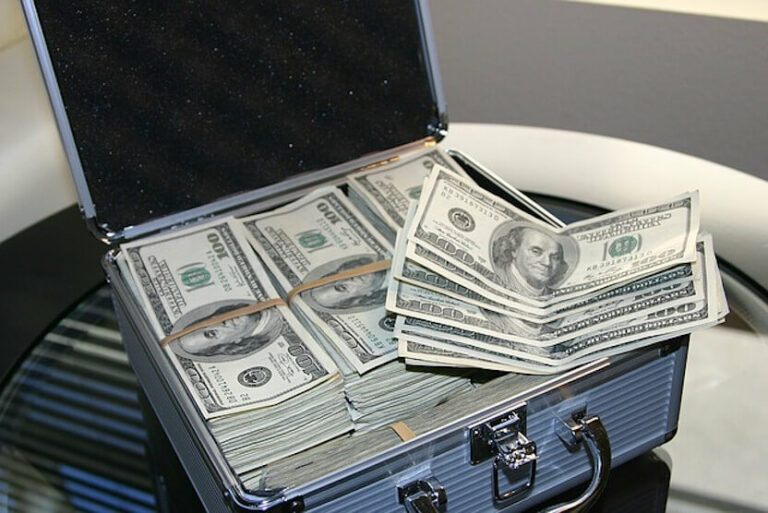 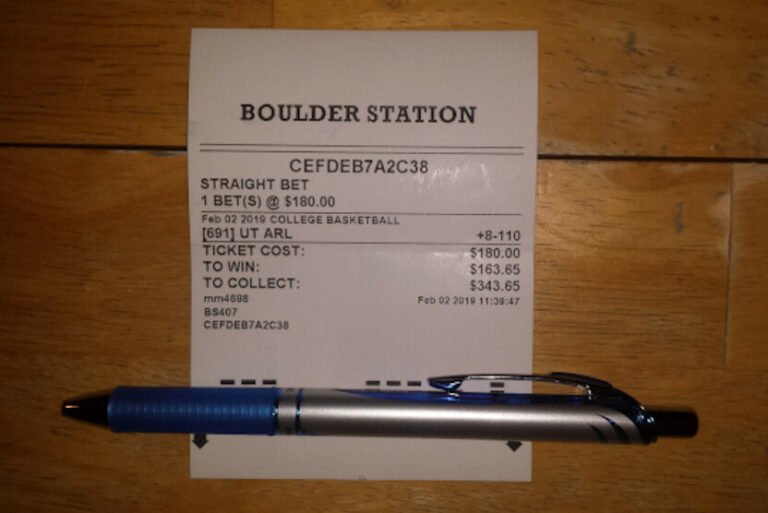