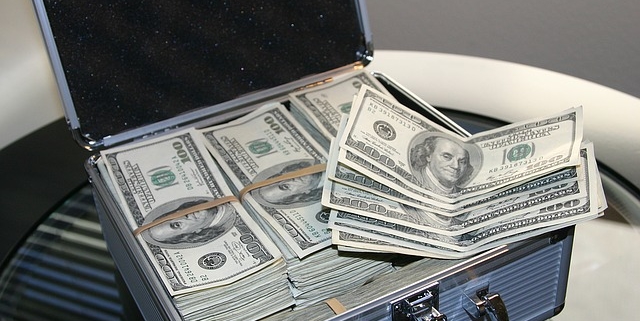 So, here we are. Virginia Cavaliers are 1.5-point favorites against the upstart Texas Tech Red Raiders in the Men’s NCAA Basketball Championship game. This tournament has been the most fun and thrilling to watch in recent memory. Prior to the start of this college hoops season, I ran around buying up national championship futures on teams I knew something about and who may have been flying under the radar. That notion, and the requirement that each future I invested in had to be paying at least 100 to 1 odds, were the only criteria. I wrote about that here and followed up on it here. I also wrote about hedging college football.

As I perused the day’s gambling news this morning, I came across this article. This guy wagered $1500 way back in November that his beloved Red Raiders – at 200 to 1 odds – would be cutting down the nets in Minneapolis on April 9, 2019. I am sorry to say; Texas Tech was not one of my futures. But congratulations dude on an excellent bet!

What’s a gambler to do?

If this guy is a gambler, he will ride it out and take down a windfall or have a great tale to tell at the bad beat table. Hell, either way he has a great story. And since the ticket is at less than 300 to 1 odds, he will not be handed a W-2G, as they bundle up his Benjamins in the sportsbook. But if it were me, I would be finding a way to hedge, or try to get my price on PropSwap. I have experience with that outfit, as I sold a Kansas City Chiefs Super Bowl 53 future, bought at 30 to 1 odds, through them. Long story short, I made 10 times my initial bet, with absolutely zero risk.

Now, this guy has a decision to make. For me, it’s the easiest decision in the world – I would hedge! As the story says, he put the ticket up for sale on Saturday – asking $65,000 and was offered $57,500. He didn’t sell, which only made his ticket that much more valuable. The championship game line came out a couple hours after his beloved Red Raiders soundly defeated Michigan State by 10 points, making Virginia 1.5-point favorites.

Here is what a sharp bettor would do, with a large enough bankroll…

The only way he cashes his ticket is for the Red Raiders to win the contest straight up, which most certainly can happen. His squad has impressed the hell out of me and, as we have witnessed, the team is very well coached. Because he has the betting underdog, he cannot get paid both ways. In other words, if he held a Virginia future, he could hedge by taking Texas Tech +1.5 and cash both tickets if Virginia were 1-point victors. As it stands, he would be a fool to hedge by laying Virginia -1.5, because he could lose both bets if Virginia won but did not cover.

Hence, if he wants to hedge it all himself, and if he has deep enough pockets, or backers who do, he would have to bet the Virginia moneyline. If he is able to shop it around, he can probably get -120 or so, as I write this article. If he stands to take down $300,000, then he would want to bet it so that a Virginia victory would pay him about half of that amount. At -120, he would have to risk $180,000 to win $150,000. That is not pocket change for most people.

My advice, if the dude wants it, is to put it back on PropSwap (ESBN is not affiliated with PropSwap in any way) and try to get close to $150,000 for it. PropSwap takes a commission of 10% off the top, but he could probably negotiate that down, as selling it on their site has been, and would continue to be, excellent advertising. Or, round up his cash, and head straight out to Vegas and hedge it himself. I wager that any property in town would be happy to give him free room and board to book his hedge!

But if he’s a gambler, he will hold on to his ticket and be prepared to go down with the ship. Which would be the dumbest decision he could possibly make.

Full disclosure…I purchased a Virginia future during the tournament. I have hedged by betting approximately half of the expected Virginia payout on Texas Tech +1.5. In this way, I have two live tickets and can most definitely cash both. Yet, no matter what happens, I am guaranteed to cash one of the tickets!

As the old saying goes …

No One Ever Went Broke Taking a Profit